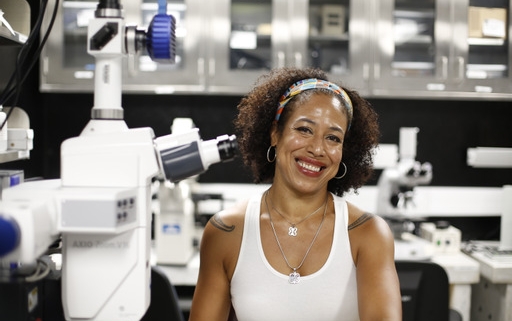 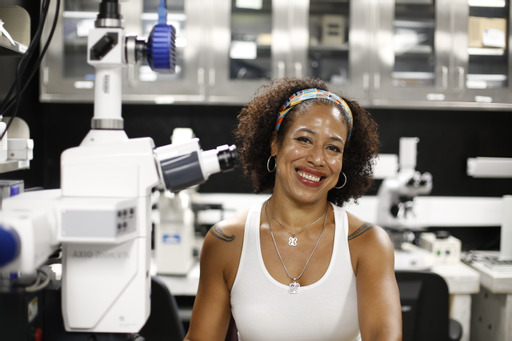 Cassandra Extavour is a native of Toronto, where she attended the University of Toronto Schools and went on to obtain an Honors BSc at the University of Toronto with a specialist in Molecular Genetics and Molecular Biology, a Major in Mathematics and a Minor in Spanish. She obtained her PhD with Antonio Garcia Bellido at the Severo Ochoa Center for Molecular Biology at the Autonomous University of Madrid. She performed postdoctoral work first with Michalis Averof at the Institute for Molecular Biology and Biotechnology in Crete, Greece, and subsequently with Michael Akam at the University of Cambridge. At Cambridge she received a BBSRC Research Grant and became a Research Associate in the Department of Zoology. In 2007 she established her independent laboratory as an Assistant Professor in the Department of Organismic and Evolutionary Biology at Harvard University, where she was promoted to Associate Professor in 2011 and to Full Professor in 2014. In 2021 she became a Howard Hughes Medical Institute Investigator, and was named the Timken Professor of Organismic and Evolutionary Biology and of Molecular and Cellular Biology at Harvard. 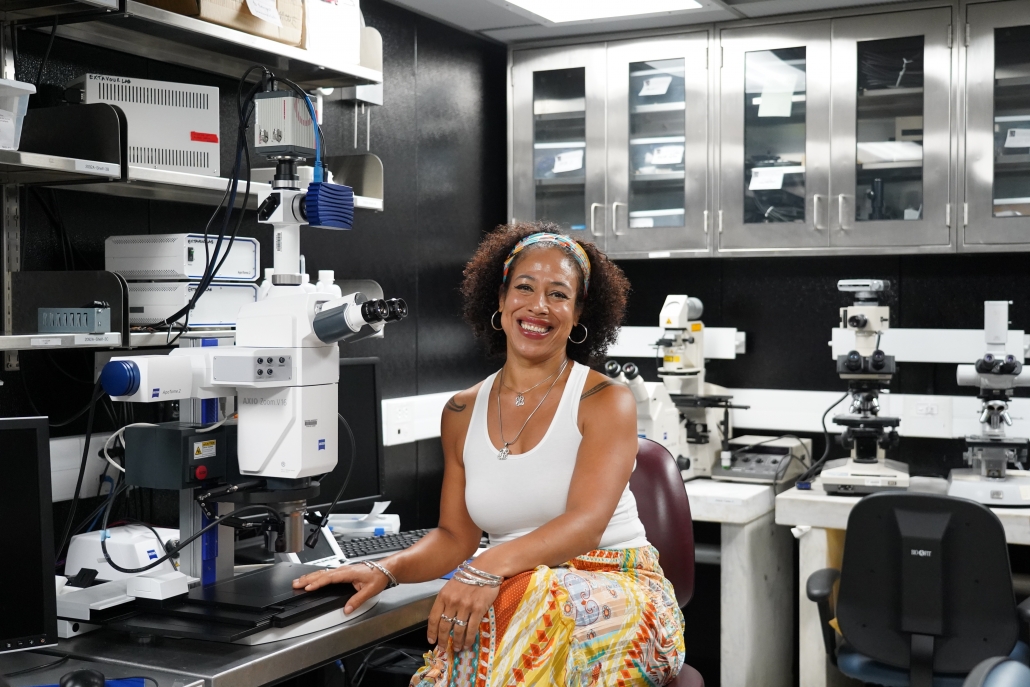 Dr. Extavour has received numerous honors and awards, including the NSERC Canada, Trinity College and Edward Blake Admissions Scholarships and the Robert Philips Award for Excellence in Spanish as an undergraduate student; a graduate training fellowship of the Spanish Ministry of Science and Research as a graduate student; the EMBO Short Term Fellowship as a postdoctoral researcher, and the Ellison Medical Foundation New Scholar in Aging Award as an Assistant Professor. For her teaching and mentoring activities, she has been nominated for the Joseph R. Levenson Memorial Teaching Prize and the Harvard Graduate Women in Science and Engineering Mentoring Award. In 2020 she was named a Harvard College Professor in recognition of her contributions to mentoring and teaching at Harvard.

Dr. Extavour began working on germ cell development in graduate school. In her Ph.D. thesis, she used classical Drosophila genetics to explore the genetic requirements of germ cells during development. Using clonal analysis, she showed that primordial germ cells engage in cell-cell competition prior to gametogenesis, revealing a level of natural selection that operates not only pre-zygotically, but in the very precursors of gametes themselves. This means that allele frequencies can potentially be changed from one generation to the next, not only by natural selection operating on sexually mature adult individuals, but also on the cells responsible for producing the gametes that will ultimately give rise to those individuals. Because of the critical role of germ cells not only in development but also in evolution, her subsequent work has focused on germ cell development in a comparative context. 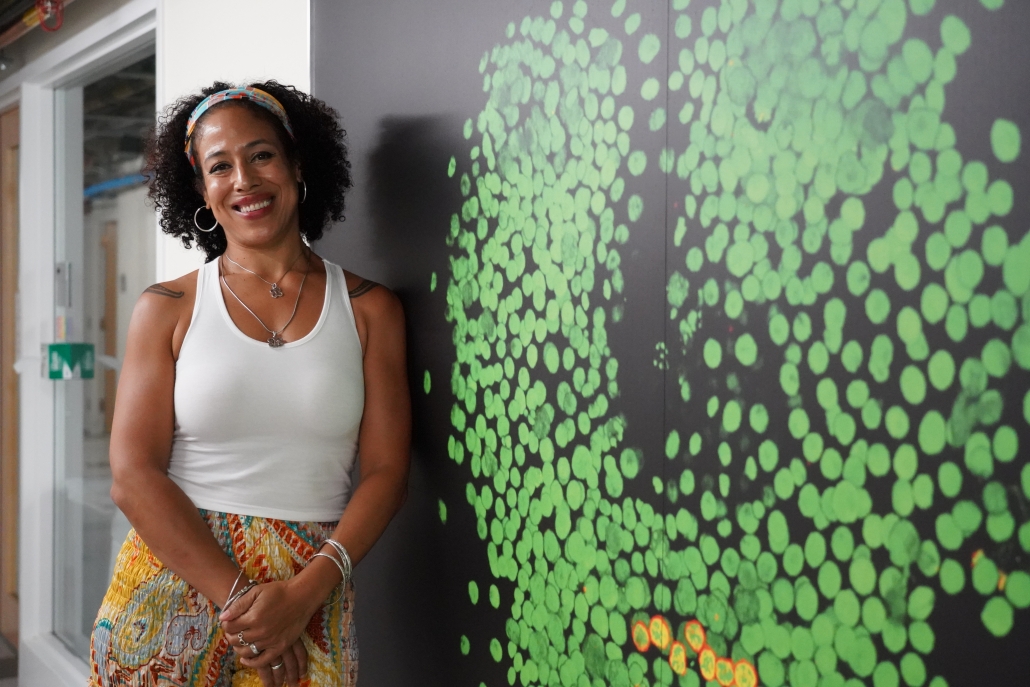 The Extavour laboratory is interested in understanding early embryonic development, the genes that control this development, the evolutionary origins of these genes and how their functions have changed over evolutionary time. The lab is particularly interested in the development and evolution of reproductive systems, including both germ cells, which are cells that make eggs and sperm in sexually reproducing animals, and somatic gonad cells, which create the structures to house and protect the germ cells, and regulate egg and sperm production.

To learn more about her journey to science, you can read this article by Giorgia Guglielmi. You can also read or listen to interviews with Dr. Extavour on our Media site. 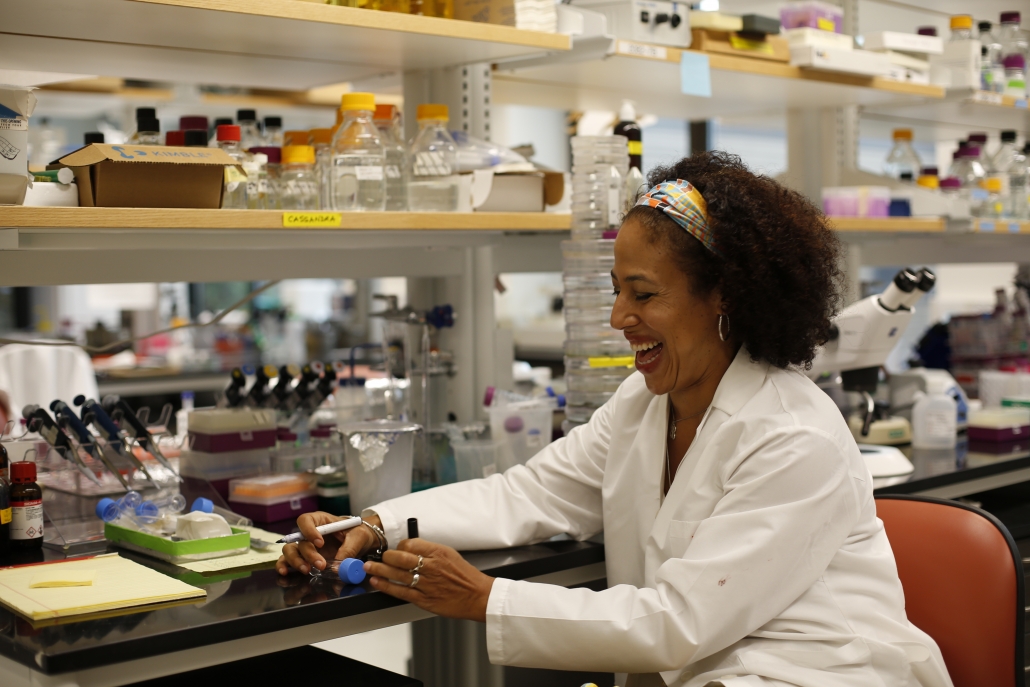 Outside the lab, Dr. Extavour has been a musician and performer since the age of five, and a professional classical singer since her undergraduate days in Toronto. Go to her musical website to read more about her musical career.