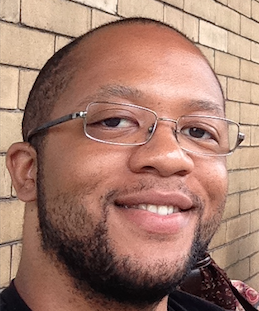 Joe was a postdoc in the lab between 2015 and 2018. He is broadly interested in the effects of the environment on the evolution and development of female reproductive behavior and physiology.

His PhD work was completed in the lab of Professor Martha S. Hunter at the University of Arizona in 2013, where he studied how the interaction between oviposition opportunities and parasitism risk influenced the evolution and phenotypic plasticity in oviposition behaviors in the seed beetle Mimosestes amicus.

His first stint in postdoctoral work was in the lab of Professor Charles W. Fox at the University of Kentucky, where he studied mechanisms of maternal control of egg size in the seed beetle Stator limbatus, as well as the evolution of female oviposition behavior and larval competitive behavior in the cowpea bruchid, Callosobruchus maculatus. He also collaborated with Professor David Westneat, with whom he was a coauthor on a review about the integration of multiple environmental factors when expressing phenotypic plasticity.

To gain a mechanistic perspective of female reproductive development, he joined the Extavour lab in 2015 to study the regulation of ovarian growth in Drosophila melanogaster. He was also interested in the mechanisms of transgenerational effects of parental nutrition on ovarian development in offspring as well as the epigenetic inheritance of reproductive traits.