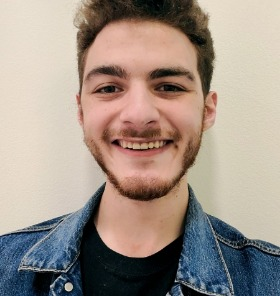 I am an evolutionary geneticist interested in the adaptation of complex traits, natural variation, and evolutionary novelty. I grew up across the Atlantic in Kuwait and then moved to California, where I studied genetics at UC Berkeley. There, I worked in genetics labs – the Brem and Whiteman labs – where I studied trait variation between species. In the Brem lab, I focused on the genetic basis of an interspecific difference in thermotolerance in different yeast species and found that this difference is underlain by a suite of essential genes. In the Whiteman lab, I investigated bill shape variation in the broad-tailed hummingbird and assisted on a project to understand the process of speciation in a spikedace minnow population. In general, I am interested in adaptation, hybridization, and speciation, and the evolutionary mechanisms and dynamics that drive these phenomena in general. I am interested in evolutionary and systems biology, especially population genetics and molecular evolution over long time scales.

I love to write, read, and teach topics inside or outside of science! And I love cooking, too…and sometimes chess. Social causes are very important to me and I believe paramount to consider as scientists. So feel free to talk to me about literally anything or exchange recipes